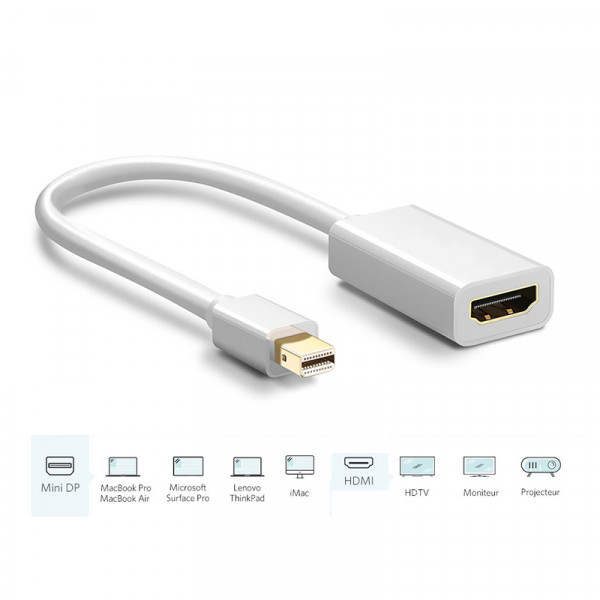 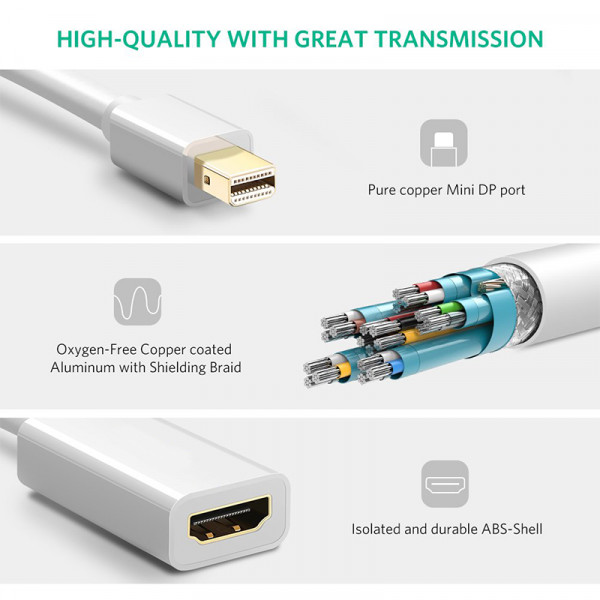 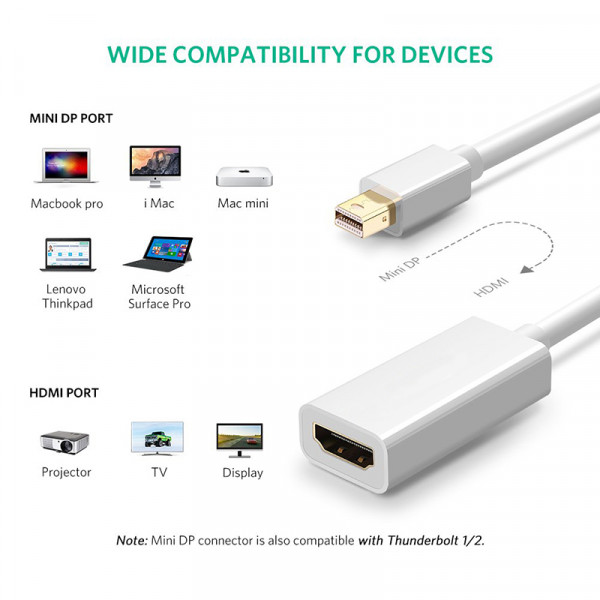 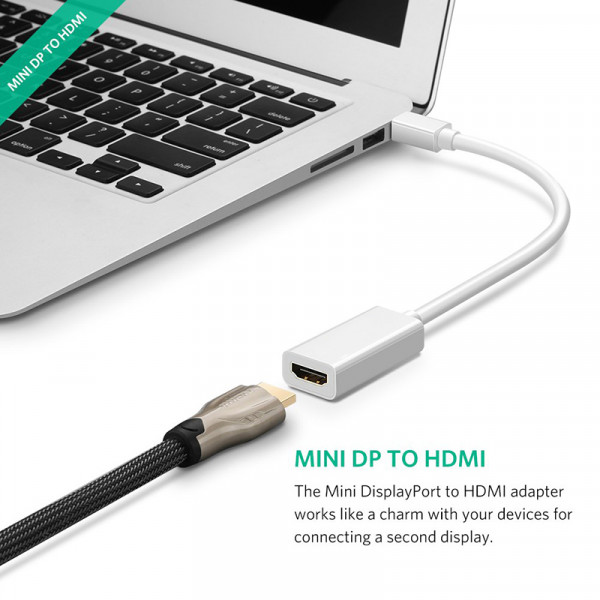 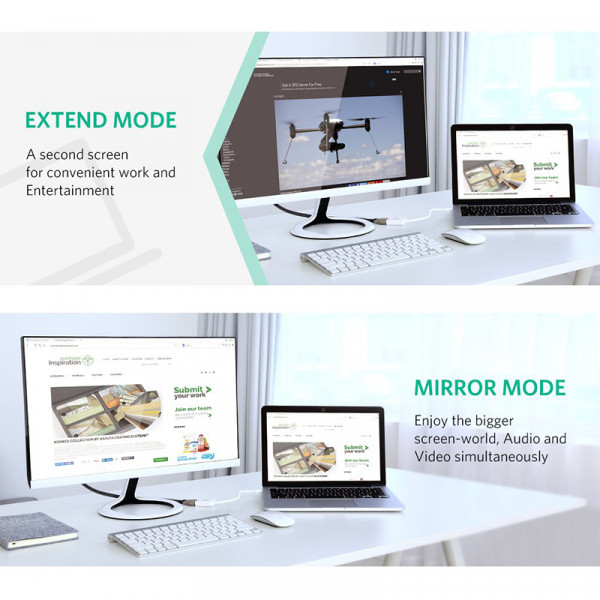 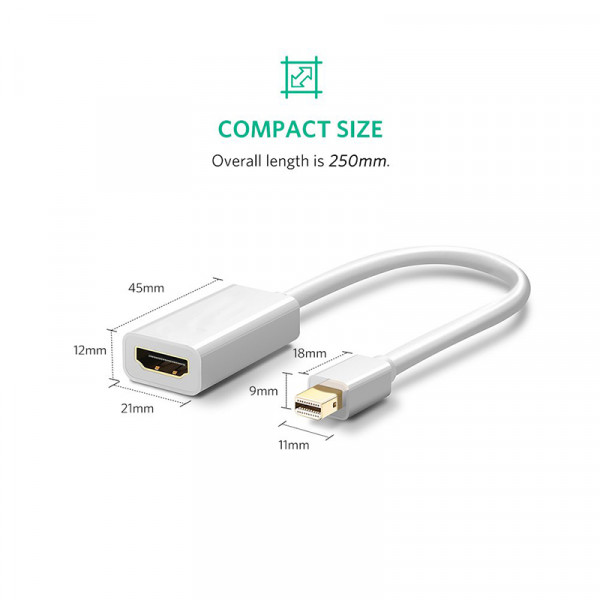 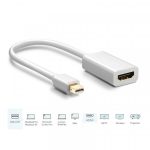 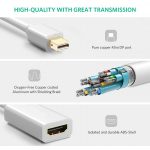 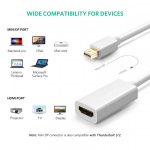 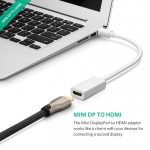 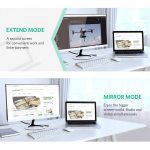 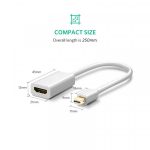 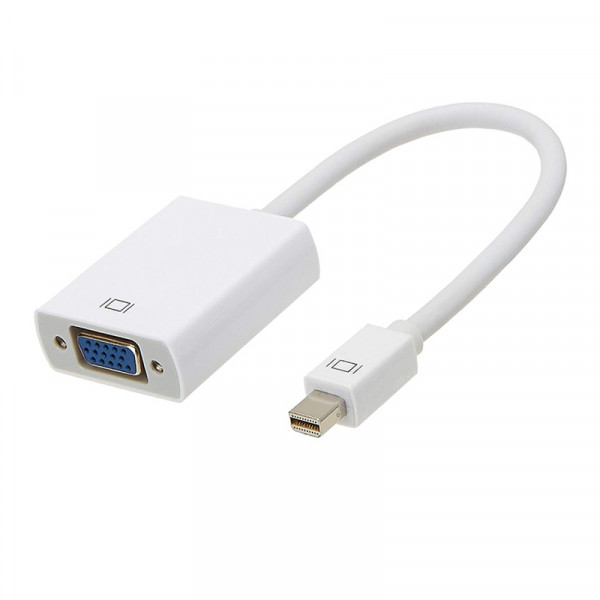 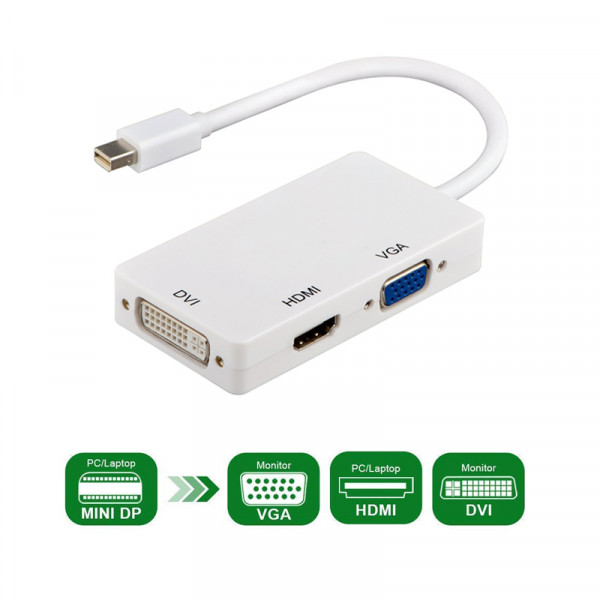 Share videos with your friends and family on a bigger external screen or TV.
Elegant white colour, matches with your Apple computers
Mini size, easy to carry.

Mini DisplayPort to HDMI adapter is designed for connecting laptops or computers with mini DisplayPort to monitors, displays, HDTVs or projectors with HDMI port, which is ideal for gaming, home theater and presentation.

Ultra HD 1080p Resolution Supported: The mini DP to HDMI adapter supports the high resolutionup to 3840×2160 @30Hz refresh rate. The image is sharper, brighter and more real-life, brings you better viewing experience.
Transmit Audio and Video Simultaneously: Thunderbolt to HDMI adapter can transmit video and audio simultaneously from computers to display. It also supports uncompressed audio such as LPCM. Note: it is non-bidirectional.

connectors are corrosion-resistance, durable and wearable.Better signal performance provided by the adapter makes you enjoy flawless video and audio with no lag.
Compare with similar items

There are no reviews yet.

Be the first to review “Mini Display Port To HDMI Adapter for MacBook,Pro,Air, iMac & more – White” Cancel reply
More Offers
No more offers for this product! 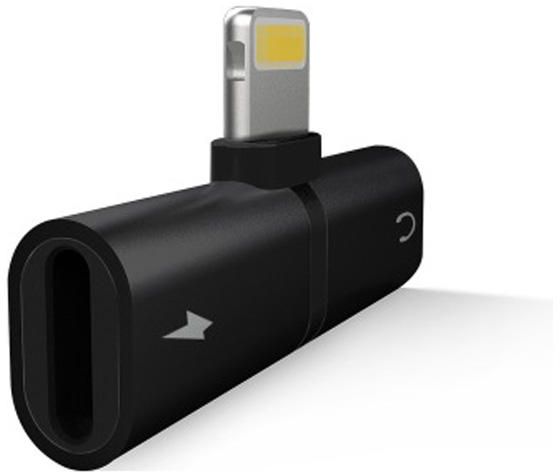 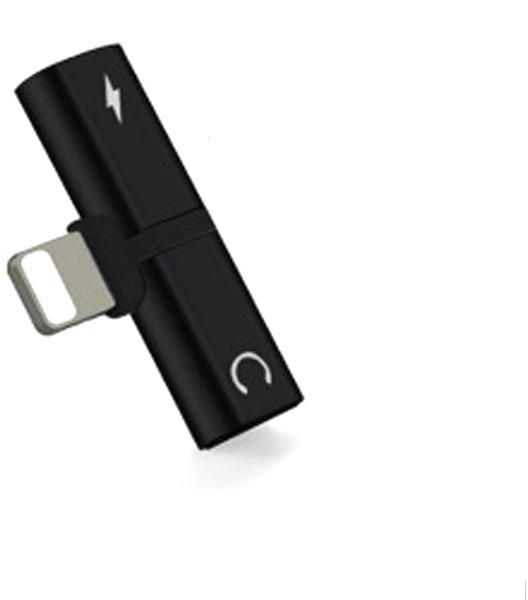 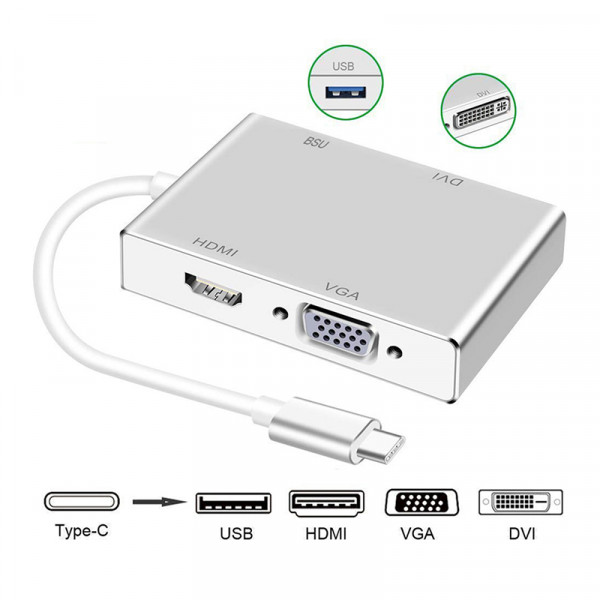 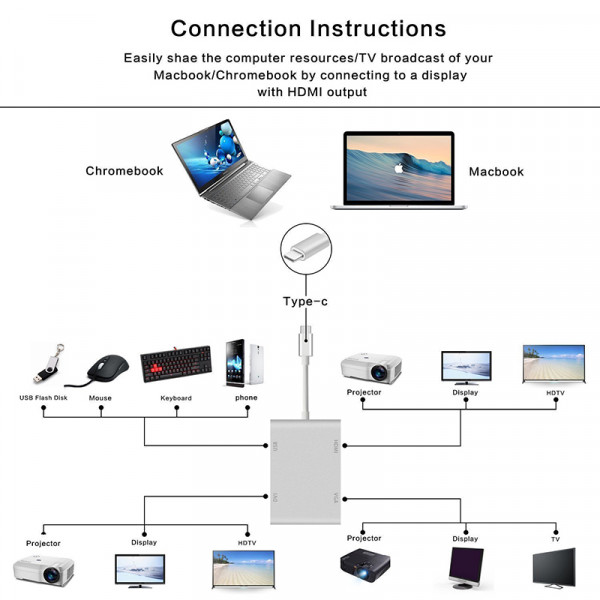 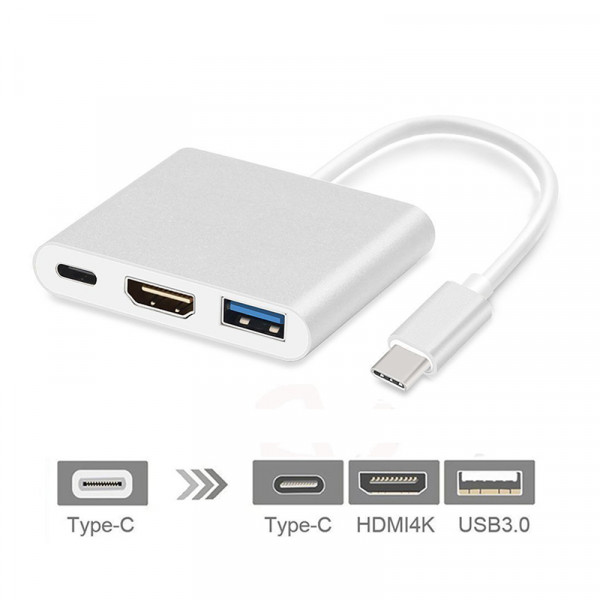 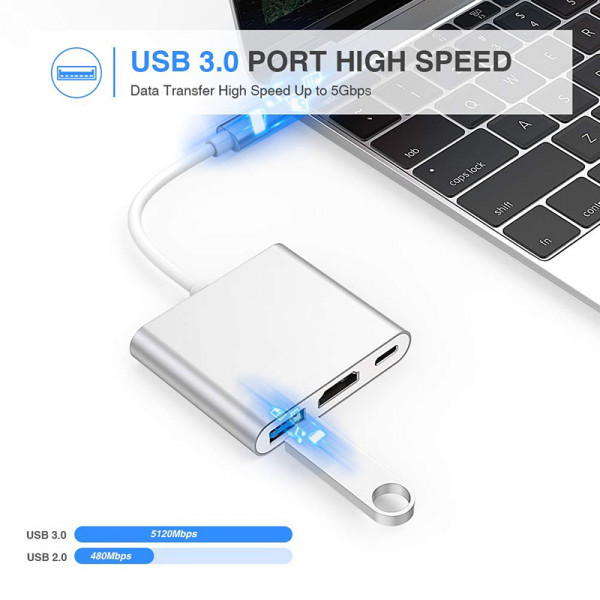 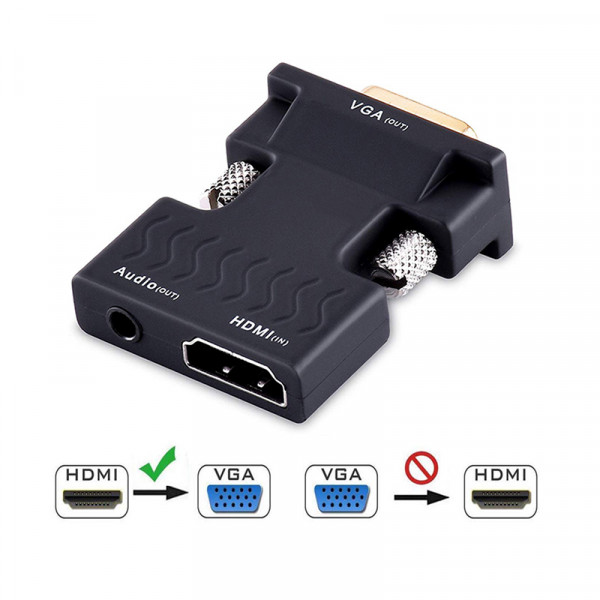 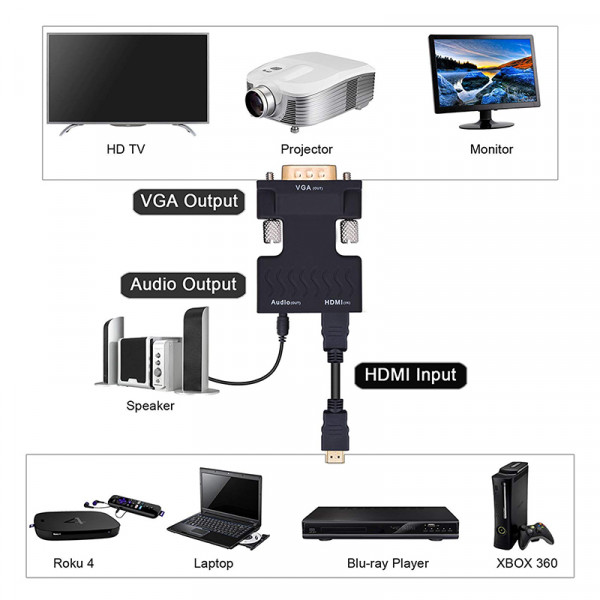 330.00 EGP
HDMI to VGA adapter is designed to facilitate your life to the fullest and convert the signal from analog to
Add to wishlist
Read more
Quick view
-19% 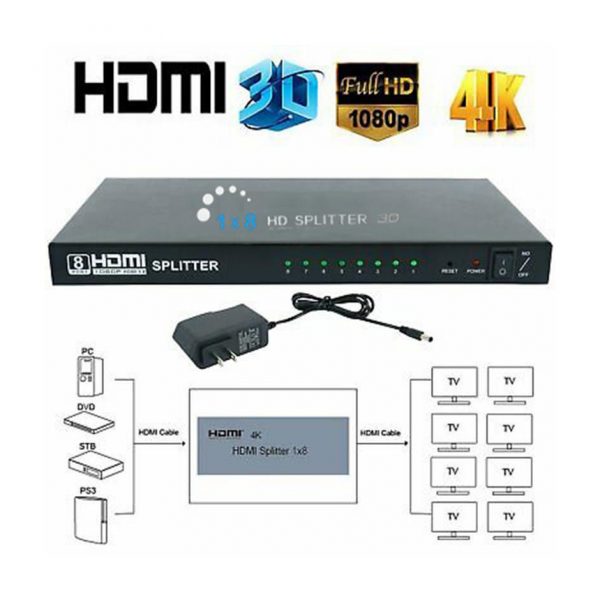 688.00 EGP
The HDMI distributor has one and eight outputs It distributes the input of an HDMI signal to the eight ports
Add to wishlist
Add to cart
Quick view
-25% 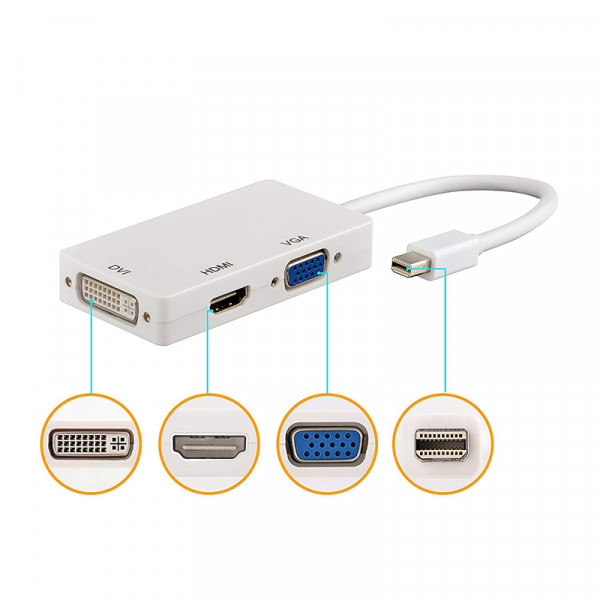 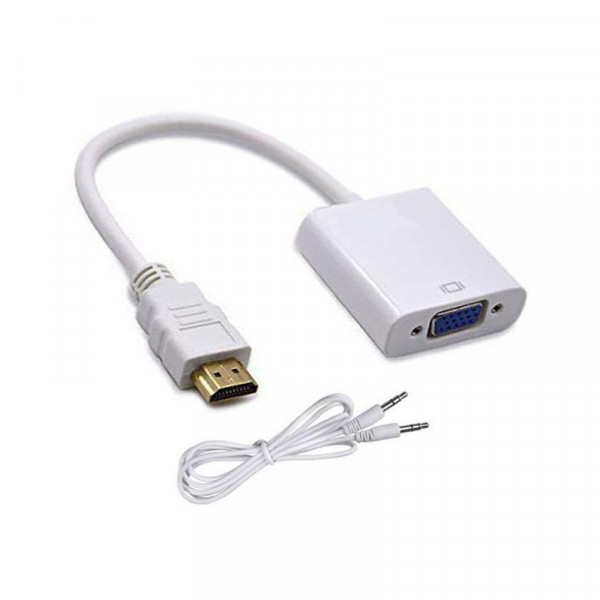 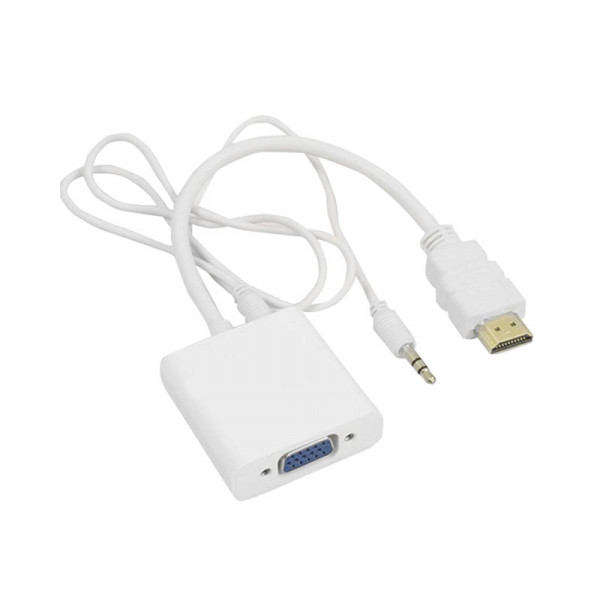 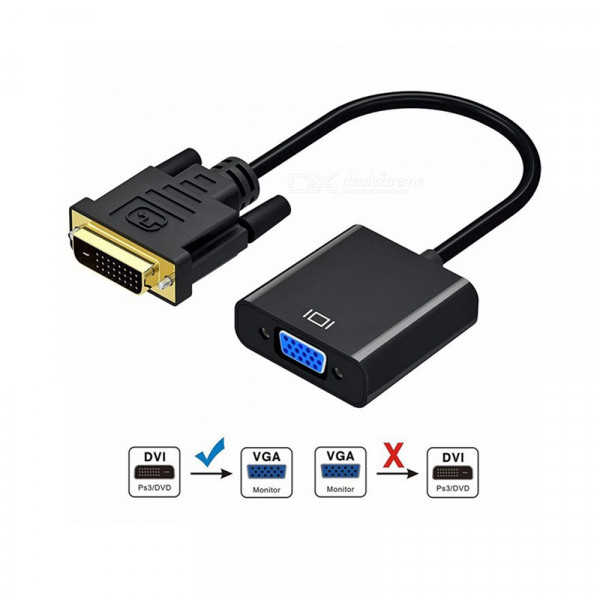 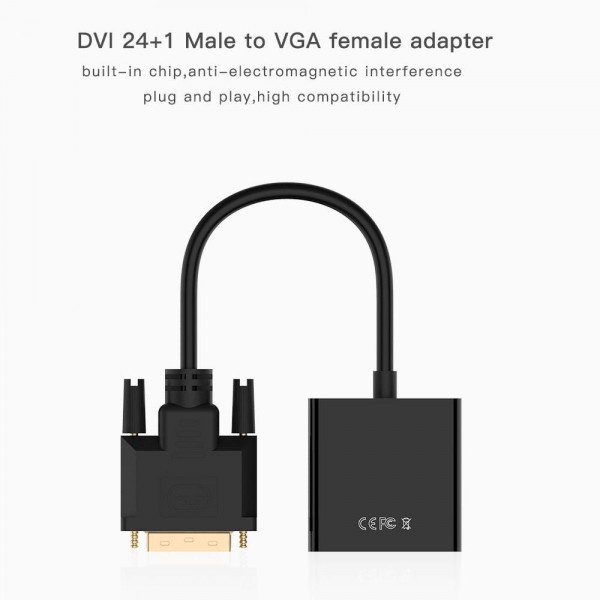